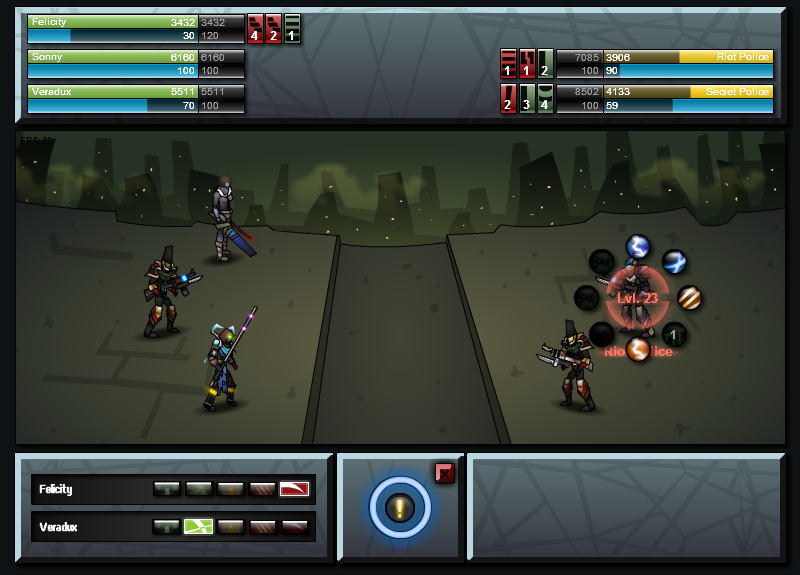 Sonny 2 is a turn-based RPG that is a direct sequel to the big browser game hit, Sonny. It follows the story of Sonny, a man turned zombie that is trying to find his way home and find out what happened to him and everyone he was with. Sonny 2 takes place only a few minute after the final events of the first game where Sonny and a friend has escaped the ship and now holds a cassette which may be a clue to finding out what happened to the crew of the ship and him. Starting a new game will let you start with an entirely new character (it’s still Sonny, but you can change the name and his class, which is pretty cool). You get to choose from 3 classes available; Psychological – basically, they are the mage class in the game with powers that are a little different than an ordinary mage, as this class uses spells that control minds to destroy enemies and allies alike (this is the hardest class to start with, but is the strongest in the later parts of the game); Biological – the warrior type with a huge emphasis on power and speed, but with a few poison spells to help out (easiest to play as and is moderately strong if levelled up); and finally, the Hydraulic – a balanced class with healing spells and damage spells, as well as having a balanced speed and power (moderate difficulty of use). The game is controlled entirely by your mouse, and a good tutorial will greet you in-game when you start a new game, so you never play blind, which is great.

Sonny 2 is a deep, story-driven game with very good RPG elements. Although the gameplay itself may be a bit complicated when it comes to choices, the game’s great tutorial as well as the complete tooltips in each option that you have, help you play easily and understand what exactly is going on in every battle that you have. If you want a deep RPG experience without having to throw out money to buy one, then Sonny 2 is a great game to play.