To those that are new to the browser gaming world, you may be surprised to see another .io game in the wild, but to those seasoned veterans out there, you know this was coming, and you know it’s gonna be another good one! MooMoo.io is another instalment to the now legendary io series of multiplayer games (think about Agar.io, Slither.io, and Diep.io!). 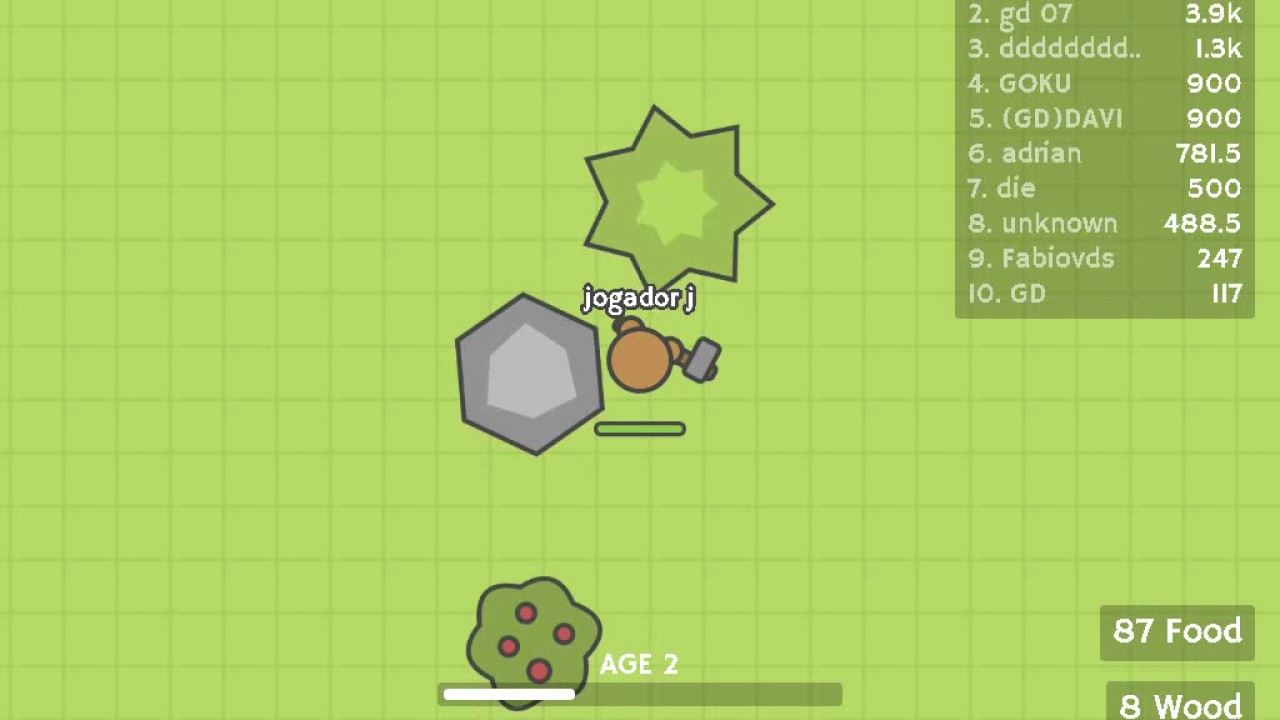 MooMoo.io is a multiplayer arena game that you would come to expect from an io game, but this time, it’s also partly a survival game. The game is all about becoming the top scorer in the game the arena. There are 2 ways to bring up your score: you can either kill other players for a fixed 100 points or create a village that will continuously generate points overtime. Creating a village isn’t as easy as it sounds, though, as you’ll need resources to do so. When you start a game, you’ll have an axe that’s good for harvesting said resources. You just use your axe on a tree to collect wood, hit a boulder to collect stone, and hit an apple tree to collect fruits. Wood and stone are used for constructing the different buildings used to create a village. Fruit can be used to recover health. Every time an action is done, you gain experience (which is shown as a bar at the bottom), when your experience bar is filled, you’ll gain a level and you will get different benefits depending on what level you are (like getting a better weapon or being able to build a better version of a building).

You play the game using your keyboard and mouse. Your character can be moved using the W, A, S, and D keys to walk up, left, down, and right, respectively. The mouse cursor is used to aim your weapon and the left mouse button is used to attack or collect resources. You’ll see 5 small boxes at the bottom of the screen, these are your shortcut boxes that can be accessed by pressing 1 – 5. That’s all the controls you’ll ever need to know.
MooMoo.io is a great survival game, and I’d be lying if I said that this isn’t the best io game I played in a while. The building aspect is akin to a real-time strategy game and killing those trying to gain control of your village gives the game a thrilling vibe.