The battle of good and evil has been a battle fought for centuries, millenniums even, and it looks like it will keep going on as long as there is evil (or whatever some people think is evil) in this world. Battle Towers is a perfect example of this battle of good against evil and is a great game to boot! 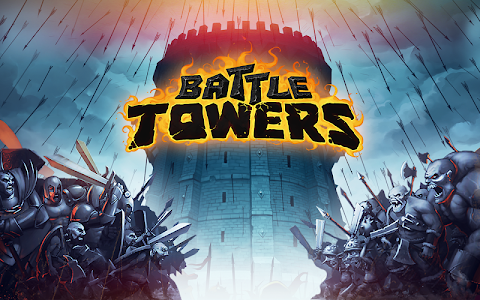 Battle Towers is a real time strategy game about the powers of light and darkness battling each other. Your main goal is to defeat your enemy, and I say enemy because your enemy can be either, depending on which of the 2 campaigns you would like to play. Playing the light forces will let you clash with the forces of chaos, and vice versa. The game has a lot of great things going for it, and another one of them is the achievements system where you get additional currency for your upgrades for stuff that you can do for every level, like build a specific number of farms, or create a specific number of soldiers. The game also lets you set the difficulty level at any time, so for the beginners, you can easily learn how to play by setting the game to easy to find out how to win, for the hardcore, the harder difficulties are good to start with. At the end of each battle, you are given a choice to upgrade any of your stats using the currency you get for each mission. The options for the game is so great that almost anyone can just pick it up and play it!
Battle Towers is like an angel that was dropped from Flash Games RTS heaven (a very specific heaven). It’s a great game backed with great mechanics, a rich storyline, engaging battle system, and a very unique style.