In the old times, there was no better way to settle arguments than a good old fight to the death with the different weapons and armors available that were created by the skilled blacksmiths of the time. Arcane pits you against the different students of the school for the smiting arts. Everyone will have the chance to fight for their honor and for the right to represent their country, but not everyone will come out alive. 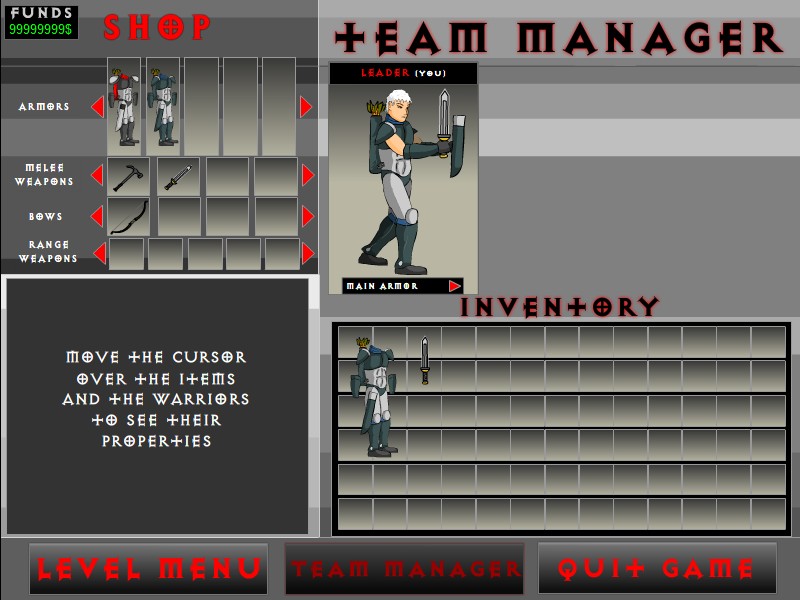 Arcane is a platform action fighting game that puts you into the shoes of an apprentice blacksmith trying to make a name for yourself. Go against hundreds of different enemies all with different styles, abilities, weapons, and armors, each and every one trying to earn their rightful spot as the representative of the country. The game is easy to learn, but will be very hard to master. You will be given a variety of weapons and armors to buy, but of course, you’ll need money to buy them. The best (and only) way to earn money is to fight in the arena. Defeating opponents will net you a set amount of money that you can use to buy the stuff you’ll need to make your fights faster and easier. The controls are pretty simple. You can press W, A, S, and D to move around the arena, and pressing the left mouse button will have you attack with your current weapon. Once it’s available, you can press the space bar to switch from short range to long range weapons. There’re a lot of different options and styles to winning against your fights, and finding out what the best style is would be up to you as it may be different for each player. Learning the basics is a good way to find out what style will suit you.

Arcane is a great game that is made even better by the vast amount of options that you can choose from. There are plenty of weapons to try, with different armors that gives you a distinct advantage in different forms, and there’s also different ways to defeat opponents with your weapon choices. If you’ve been looking for a fighting game with a decent story and good mechanics, Arcane would be a good starting point.