Just because a game was designed for kids, it doesn’t mean it’s a game meant to be played by just kids, especially if it’s an Adventure Time game (I mean, the larger part of this show’s audience are adults). Adventure Time: Apple Fetch is a game based on the popular kid’s show and is also based on one of the most popular old school games, Snake. Get ready for more Finn and Jake in this great classic with the Adventure Time twist! 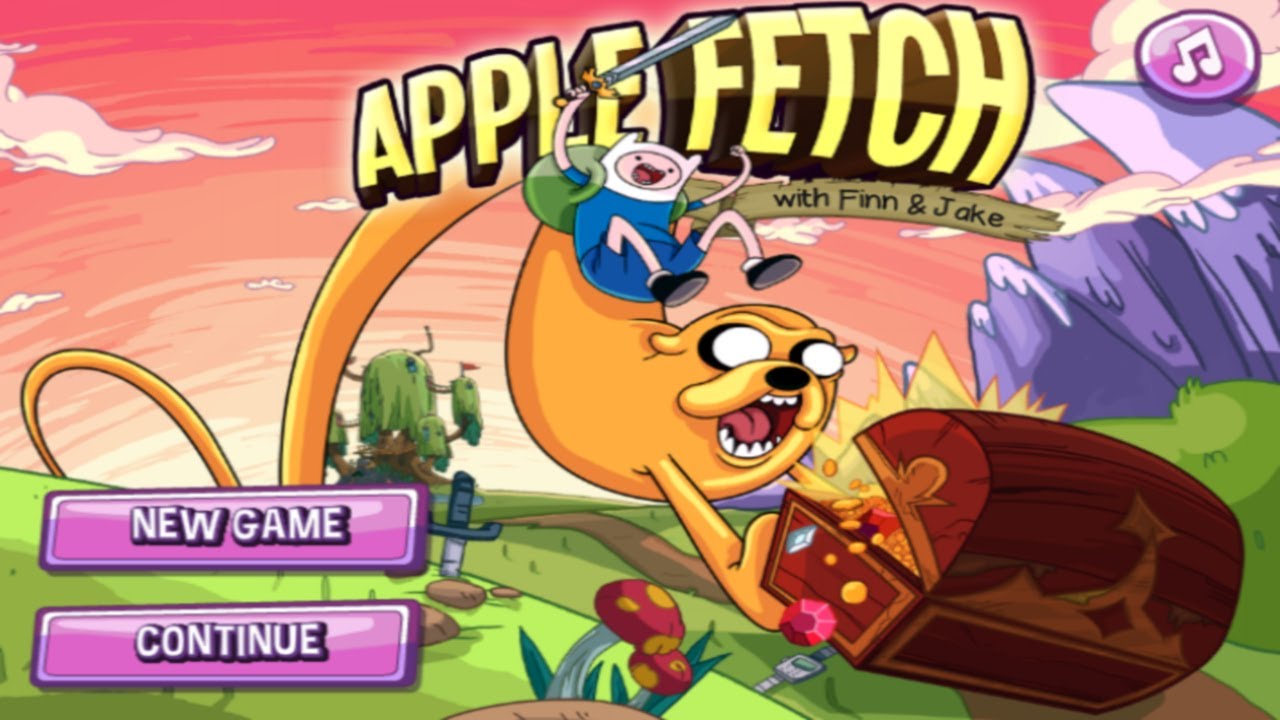 Adventure Time: Apple Fetch is a game based on Snake, the game that was popularized by some of the oldest cellphones we have, is now being given a new look, and it’s in the form of our 2 goofy heroes, Finn the Human and Jake the dog. Finn is out on one of his famous adventures again, and along with Jake, they’ll be collecting all the treasures they can, along with any apples they can eat, too. The game can be controller fairly simply, and this can be done by using only the arrow keys on your keyboard to move to the four directions, which would be up, down, left, and right. You control Jake to move around and try to take all the treasures that you can. In the first few stages, collecting just the treasure is fine, but once apples come into play, getting a perfect in a level can only happen when you collect all of the apples before you collect all of the treasures. Once you collect all of the treasures, the level will end and any apples left over will not be added to your score, so you’d have to start all over. The levels will get harder and harder, as there would be some levels that would need a specific pattern of movement to actually complete everything.

Adventure Time: Apple Fetch is a great little old school game with a very modern twist and is such a great game that I found it hard to really put the game down. Although snake is a great game on its own, adding the “level” thing which lets a game end in just a few seconds is a great addition as this lets you play without getting bored of one game. This is a must play and should not be missed out!