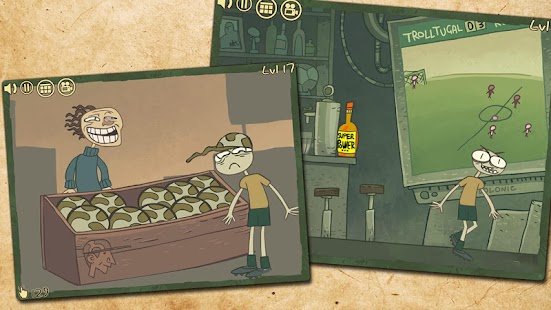 The World Cup is going well. Some big surprises came in the beginning: the European teams of Spain, England, and Italy didn’t make it to the second round, and the Latin-American teams performed surprisingly well (Chile, Uruguay, Argentina, Costa Rica, Columbia, Ecuador, …). Neymar and Messi seem to be finding their best shape.

For those who didn’t see the Uruguay-Italy match at the World Cup, or haven’t seen footage of the biting incident, you can watch this video which has footage.

Luis Suarez, a football / soccer player for Liverpool FC who plays for Uruguay, sunk his teeth into the arm of Italian defender Chiellini. It is not the first time Suarez does this: he has done it twice before (one time with Liverpool against Chelsea, once with Ajax against PSV Eindhoven). Both times he has received punishments from the FIFA, and that’s what happened this time as well. What an idiot!

Some developers were quick to release some games making fun of the incident. Two are pacman inspired: the Wrath of Suarez and Biteman. Others make you bite while the referee is not watching (this one and this one). Only one seems to be educational, it tells you NOT to bite your opponent: Suarez Bites Back from the British Mousebreaker.

Anyways, it didn’t end well for Suarez. He is suspended for 4 months, and has seen some sponsors (notably, Adidas), end their cooperation with him. It’s his own fault, the idiot!

Here are 2 more random singing performances that will make your day:

PRO-top: watch them on 2 different days, your day will be made twice 🙂

There are quite a lot of running games around (here’s a list), but the one that really stands out is Run 3.

It is made by Joseph Cloutier and Alex Ostroff. Even though Run and Run 2 were good already, Run 3 takes the game and genre to a whole other level.

It has everything: simple concept, fun graphics, and most importantly: the difficulty level is just right. The player constantly gets the feeling: “I almost made that!”. Anyways, the game is tons of fun, and people all over the world are playing it. You should too.